Ever wonder how Theia the daughter of Uranus Jin and Gaia Meisa will look like. The amazing M-Tai  or lostinmythoughts @tokyoheroes on twitter has put together a photomanip of Theia. She's so beautiful, the perfect combination of her parents. 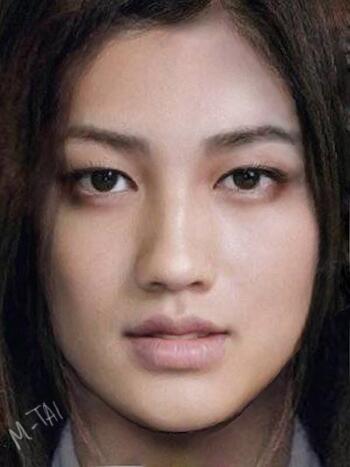 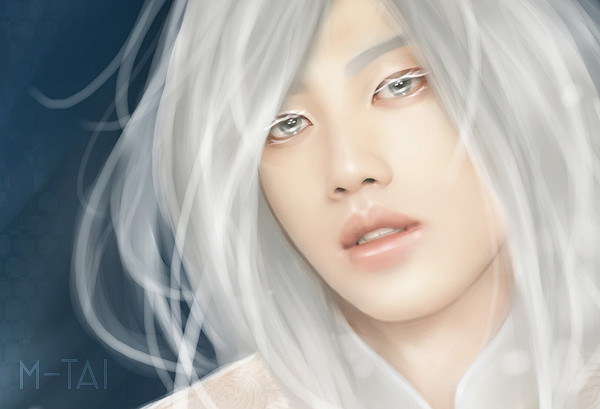 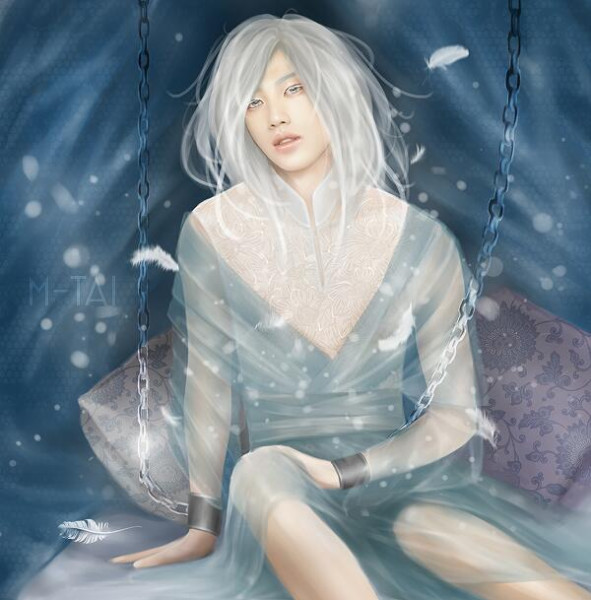 I feel their pain. I’m stuck in the Kat-tun 6 nin days but that doesn’t mean I don’t love Kat-tun or what’s left of them. Its just that the music/songs have changed. I still love all the boyz tho. Just wallowing in my shock and sadness.
Kat-tun originally 6 nin is now down to 4 with Koki Tanaka leaving. This song Precious One from The Best of Kat-tun album sums up how I feel about the turn of events. Its like 2010 again when Jin left only the circumstances are different. All the best to the 4 nin Kat-tun Kame, Maru, Junno and Tat-chan and to Koki now on his own.Wishing all of them the best. Kat-tun was there to brighten up my life and for that I will forever be grateful. Now,I’m off to listen to The Best of Kat-tun!

It's here the much awaited poster of 47 Ronin with Jin Akanishi as Chikara Oiishi. If all samurai/ronin looked like Jin Akanishi, I'm gonna teleport myself back in time and get one of those gorgeous men for myself. *beam me up scotty* oopps wrong movie. 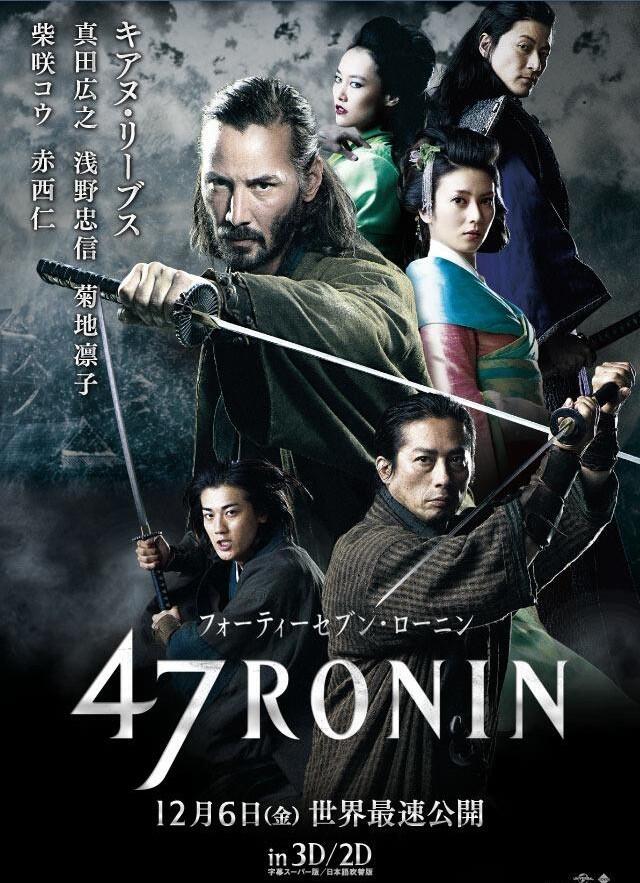 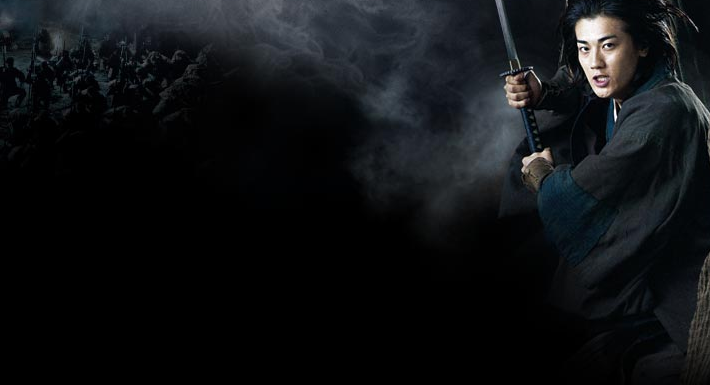 The King of Sexy turns 29 today July 4.  I love you baby. Forever a loyal subject. Set love free if its meant to be, then you'll be back. 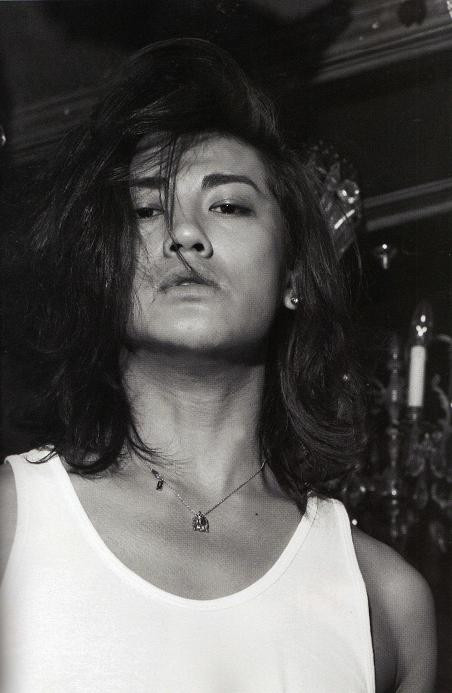 Waiting with anticipation for your new single Hey What's Up on Aug. 7, Tokyo Jin. 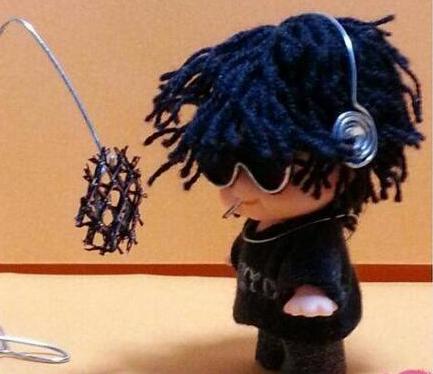 Warner Music Japan announced on Sunday that actor and former KAT-TUN idol group member Jin Akanishi (28) will be resuming his work in show business after being on hiatus for about 17 months. The performer will release his brand new “Hey What's Up?” CD single on August 7. This is the first release Akanishi has made since his debut album in America, Japonicana, was released in March of 2012. Akanishi released a comment on his return:

I caused a lot of worry for people, but I will release a new song. Even during my hiatus, I continued to compose music, so I anxiously waited for this day to come.

Akanishi married the actress/singer Meisa Kuroki (23) on February 2, 2012. As a result, Johnny & Associates canceled Akanishi's spring nationwide tour across Japan to penalize the idol. The talent agency held Akanishi responsible for expenses related to canceling the tour. The Nikkan Sports newspaper also reported that Akanishi was forced by Johnny & Associates to leave the recent remake of the manga-based live-action GTO: Great Teacher Onizuka television series. One reason for the penalties is that Akanishi reported the marriage to Johnny & Associates after the couple had already registered their marriage.

Akanishi and Kuroki announced via fax on April 14, 2012 that Kuroki was four months pregnant. Kuroki apologized for the delayed announcement but kept it a secret at the advice of her doctor until her health stabilized. Kuroki admitted that she had become stable, mentally and physically, and that she was coming to terms with the sense of responsibility creating life brings. Kuroki gave birth to the couple's first child on September 23, and announced via fax that the child was a girl.

In addition to his singing career, Akanishi starred in the live-action drama adaptation of Yukari Ichijo's manga Yukan Club, which featured KAT-TUN single "Keep the Faith" as its theme song. Akanishi also starred in the second season of the live-action adaptation of Kozueko Morimoto's manga Gokusen. His voice acting debut was as the title role in the Japanese-language dub of the 2008 Warner Brothers film Speed Racer.

And my love affair with That Winter The Wind Blows continues as I fall for the O2 couple the Oxygen couple Oh Soo the fake brother and Oh Young the blind heiress in a story of faux incest
unconsummated, of love that blooms between two people, both abandoned, both wanting to die, wanting to live, wanting to create beautiful memories in the chaos of their lives.
I want both to die in the end, so that they can finally be together on the other side. It would just be too cruel for one to go and the other to live on without the other. In a way they complete each other unknowingly. Both change for the good as they touch each others lives. Yes, writer nim Noh Hye Kyung just let them go, let them drink the euthanasia pill together or let them live even in obscurity so that they can finally be happy after all the pathos they experienced. I love the cinematography and production design and the color of the scenes, its like a wasteland, cold. forlorn, empty, yet the splotches of colors promise the renewal of spring. I love how the PD nim takes close ups of the leads and other actors, so that every emotion that registers on their beautiful faces is priceless. I feel like I'm part of the drama, only I am silent, like the fly on the wall, a voyeur extraordinaire, drinking in every second of their lives. 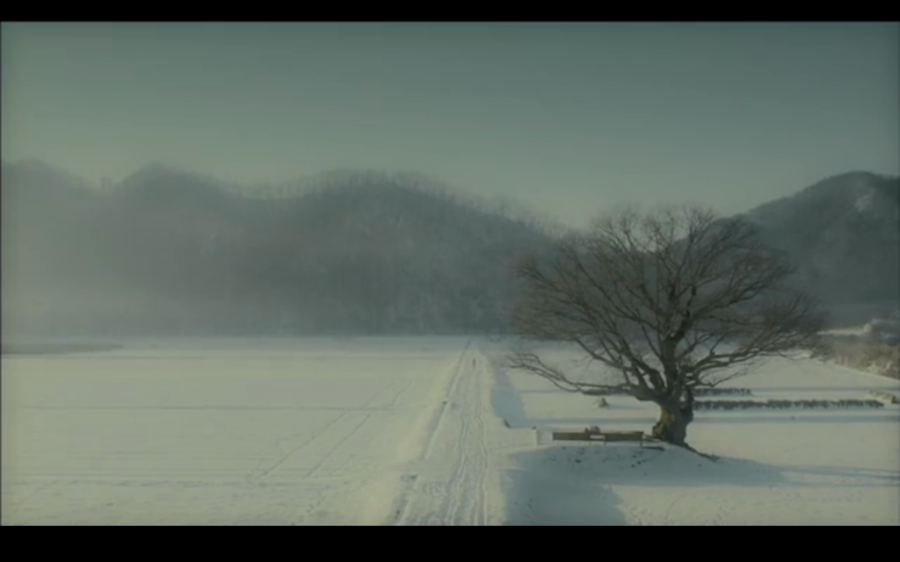 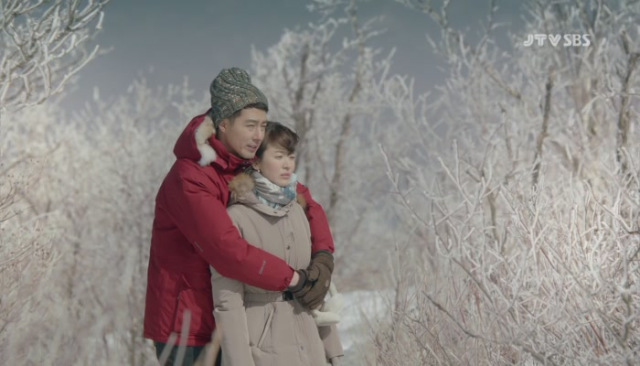 Now this scene is one of my favorites in ep. 8 when Oh Soo brings Oh Young up to the top of the mountain, piggbacking her all the way up.And they listen to what sounds like a thousand crystal bells ringing only its the frozen icicles on the branches of the snow clad trees, clinking in the wind, and then he back hugs her and she in turn embraces him. I guess that's partly the raison de etre of the drama's title.

Ahneonghaeseo! Happy New Year 2013 the year of the sssssnake! I've been camping out at soompi's Missing You/I Miss You thread for more than a month now, relishing the posts on this perfect melodrama for 2012 with Park Yuchun, Yoon Eun Hye and Yoo Seung Ho! Dec. 30 & 31, 2012 were spent online watching live streaming of MBC 2012 Drama Awards & SBS 2012 Awards night, cheering for I Miss You on MBS where Park Yuchun go the best actor award for mini series and Yoon Eun Hye got the popularity and hallyu awards. At SBS, Park Yuchun won the most number of awards for RoofTop Prince- best actor in a special drama, most popular actor together with Kim Ha Neul, Best couple with Han Ji Min & the couple from Gentleman's Dignity Kim Min Jung & partner ( my fav in the drama) and one of the Top Ten Stars for 2012 and his name was called first.
( Collapse )


The fangurl me squealed like crazy when SBS revealed the teaser for That Winter, The Wind Blows, dropping on Feb. 13,2013 with my all time favorite Jo In Sung, making a comeback to the small screen after 8 years and Song Hye Kyo returning after 5. Two beautiful actors in a melodrama about a man and woman who don't believe in love. Throw in Kim Bum as BFF of JIS and Kim Tae Woo as villain and other veteran actors and hey, its a JIS drama I'd watch it even if all he does is roll his eyes. I've loved this guy since Memories of Bali and watched all of his movies and dramas,even the gory infused Mean Street and almost soft porn Frozen Flower ! SHK I've loved since the makjang Autumn in my Heart a.k.a. Autumn Tale with Song Seung Soo! Kim Bum was really fantastic the only time I watched his break out drama East of Eden which I didn't finish although I loved the cast! Kim Tae Woo will be hard to hate as the villain since I loved him as the sushi chef in love in Tokyo Showers with Kim Sarang. I'm still waiting for another Jo In Sung + Kim Sarang tandem after Love of North and South!
Collapse